In 2018, we gave away around £29,000 worth of grants and awards and want to continue to help as many young people as we can can to improve their opportunities.

I recently received a grant from the QMC Foundation to go towards completing a work placement as a print design intern at a Textile Print Studio in Sydney for three months.

The grant went towards this investment into my future and allowed me to gain experience of working in industry in another part of the world.

During the placement I learnt to use photoshop at a professional standard to create repeat prints for clients, including many well-known international high-street brands.

I also spent time practising my drawing and painting skills with a multitude of materials which I will be able to apply to my final year degree project and my artwork in the years to come.

The internship will be fantastic to help kick start my career and will hopefully lead to many more opportunities.

The photo shows me and the other interns at the studio. 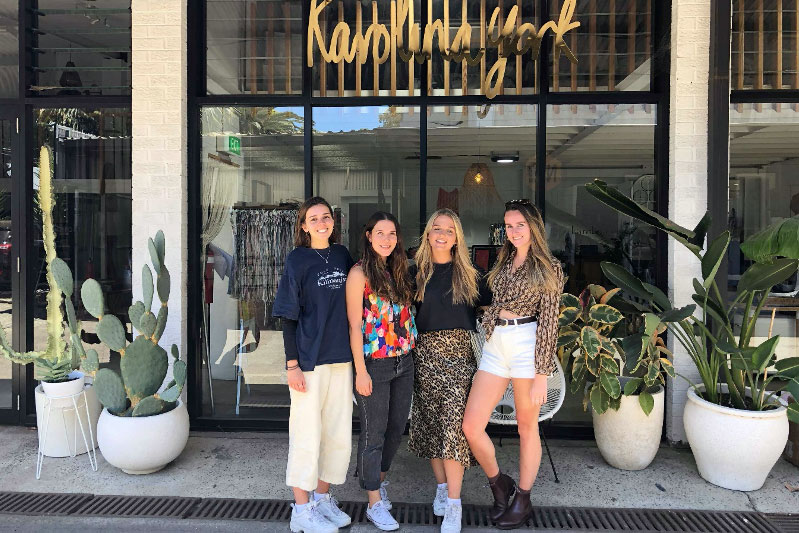 We provide grants to local students in the pursuit of education based activities.

Dan Jackson is a year 9 student at a local secondary school. With the support of his parents he committed to a Camps International volunteering trip to Peru, which took place in 2018.

To pay for the trip he set up a fundraising page and embarked on variety of fund raising projects including car washing, doing odd jobs locally and saving his earnings from refereeing (he is F.A. qualified and referees in a local football league). He first applied to another local educational Charity – Aldworth’s Educational Trust (who also supported Dan) – and they suggested he apply to the Queen Mary’s College Foundation charity.

Dan applied by email for an application form, which he duly completed. The Clerk to the Foundation was his contact and assisted in ensuring Dan and his parents provided the relevant information and documentation to best support his application. His application for funding towards his trip was presented to the Trustees at their January meeting and an award of £250.00 was made.

Dan and his parents have thanked the Foundation for their support and you can catch up with Dan’s progress on his blog. 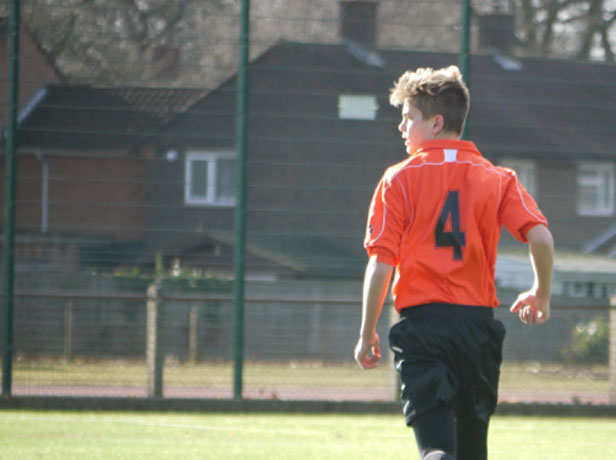 We provide grants to local students in the pursuit of education based activities.

Hayden Corby is a student at the Vyne Community School in Basingstoke. He began attending a kickboxing class, under Steve O’Grady of Basingstoke Freestyle Kickboxing, adding Taekwondo to this discipline two years ago when he joined Bluewave Korean Martial Arts. He has since been selected to join the prestigious GB Taekwondo Academy Fighting Chance (13 to 18 Development Programme).

This programme is for young Taekwondo athletes seen as having the potential to become part of the Olympic squad for either 2024 or 2028 and Hayden was only one of 12 boys in the country to be selected. Athletes who are successful in developing their skills are expected to move into full-time training with the GB Academy at 16 or 18.

Hayden’s selection success was confirmed after completing the Stage One/Two trials, a weekend boot camp at the GB National Taekwondo Centre, and his Division win at the British Taekwondo National Championships back in September 2017. Hayden is now committed to alternate weekend training in both Manchester, at the GB Taekwondo National Training Centre, and Southampton with the GB talent club GTS. He will now be amongst those young athletes who are being considered to compete in the 2018 World Championships in Tunisia and the Youth Olympic Games in Argentina.

Sportswear, travel and accommodation for Hayden to undertake all of these commitments are proving costly. Hayden and his family have been fundraising and have applied for various grants to assist in sustaining Hayden’s training so that he may achieve his goal to represent his country at the Olympics.

He made an application to the Foundation in January 2018 and, following the Trustees meeting in April this year, was awarded a grant of £500.00. We wish him every success in his future endeavours. 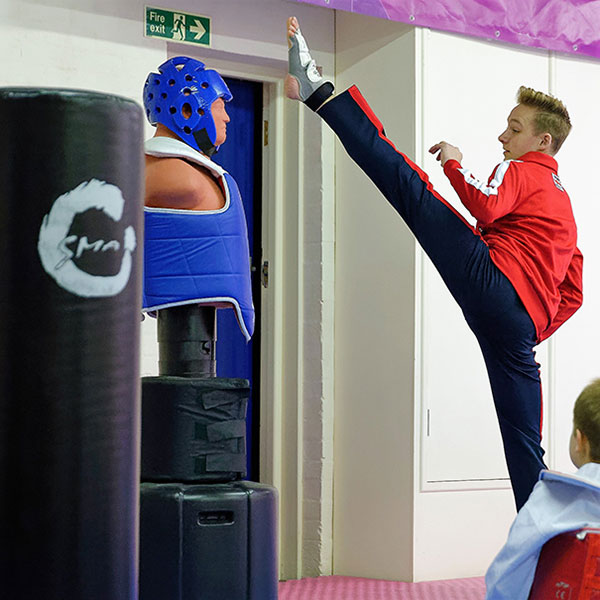 Information is liberating. Education is the premise of progress, in every society, in every family.
Kofi Annan

should commence at birth and cease only at death.
Albert Einstein

for learning. If you do, you will never cease to grow.
Anthony J. D’Angelo

If you work or study at a place where young students could benefit, please download and print this poster to help students find us. 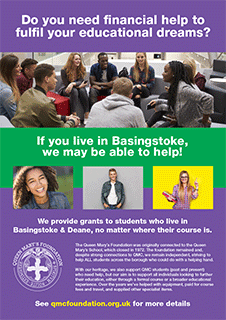 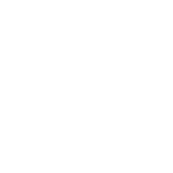 Queen Mary’s Foundation, a charity registered in England with the Charity Commission in England and Wales with registered number 307257